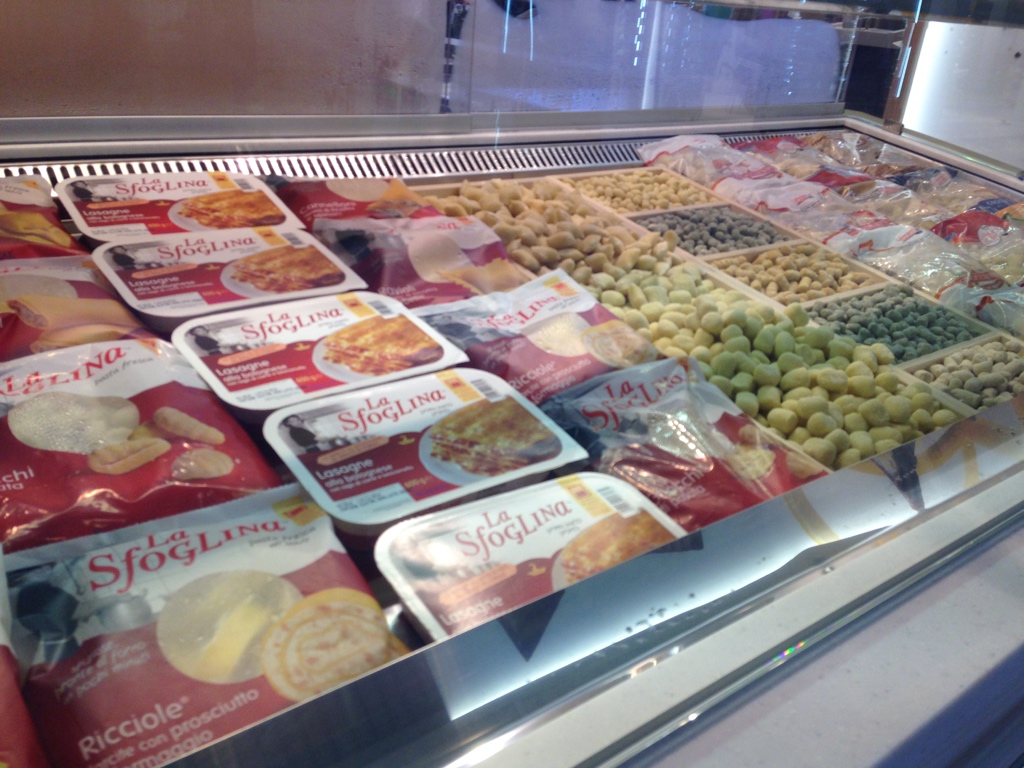 Ready-to-eat pasta: how can its quality be improved?

It could be hypothesized that the qualitative improvement in pasta-based RTEs could be achieved through a change in formula since this is strictly tied to the chemical/physical changes this type of product undergoes during storage. In particular, formula changes should be modified taking into consideration the fundamental role of water – the primary ingredient in cooked pasta – and the other components of pasta that interact with it, such as gluten and starch.

Ready-to-Eat (RTE) pasta dishes are becoming increasingly common on the market in the wake of greater consumer demand for foods that are quick to prepare and convenient to eat. This category of product which is available using a variety of storage methods (refrigerated, frozen and shelf-stable to be stored at room temperature) has a fairly long shelf-life (ranging from a few days to a year). For shelf-stable RTEs, quality-related issues are primarily connected to maintaining the chemical-physical characteristics and the quality of the pasta which, as shelf-life extends, undergoes changes, especially regarding texture. These changes are dependent on the type of RTE, which can be comprised of a pasta component and a sauce component that may be in contact or separate from each other. A recent study (Carini et al., 2014) examined pasta samples of stabilized pasta without sauce across a shelf-life of two months and reported a “hardening of the pasta” caused by changes in the starch phase which partially crystallizes (amylopectin retrogradation) and a decrease in water mobility (hardening of the protons on a molecular level), both phenomena that can be traced to what occurs in the staling process of bread.

But, in the case of shelf-stable RTEs in which the pasta is in contact with the sauce, a “transfer” of water from the sauce to the pasta was observed with resulting softening and therefore worsening of the pasta texture (Carini, Curti, Littardi, Luzzini, & Vittadini, 2013).

From this standpoint, a recent study (Diantom et al., 2015) evaluated the effect of modifying the formula (change in water content and gluten levels) on the chemical-physical properties (texture and starch crystallization) and the state of the water in cooked pasta that was stabilized and stored for two months at room temperature. The decision to modify the pasta formula in terms of water and gluten content was due to the fact that these play an important role in the chemical-physical changes observed in bread staling and, therefore, could have an effect on the properties and quality of the pasta. Clearly, such a high level of gluten in a pasta formula as that utilized in this study is not realistic from the standpoint of commercial production, but the goal of this research was to be able to observe clearly the effect of this ingredient, and in order to achieve their goal, the authors exaggerated the amount added.

In this study, two different formulas of pasta (penne shape) were examined to evaluate the gluten effect: a standard formula (semolina and water) and a formula in which 15% of the semolina was substituted by gluten. To evaluate the effect of the water content, these same samples (standard and with gluten) were cooked for different lengths of time in order to obtain different levels of water content in the cooked pasta. The standard formula was cooked to obtain one sample with a water content level of 56% and one of 59% (g water/100g cooked pasta), while the gluten-rich sample had a water content level of 59% (g water/100g cooked pasta). The samples were then packaged, sterilized (F0?7), cooled and stored at room temperature for 63 days.

During storage, the following were measured: hardness (cutting test with flat blade using a Texture Analyzer ); water content (by drying in an oven at 105°C to a constant weight); retrogradation of amylopectin (with a Differential Scanning Calorimeter – DSC, temperature programmed at -80 to 130°C at 5°C/min); and the molecular mobility of the proton (low resolution Nuclear Magnetic Resonance Imaging).

As expected, water content remained unchanged during storage (the samples were stored in hermetically-sealed packaging).

During storage, hardening was noted in all samples, as demonstrated previously (Carini et al. 2014), but with an intensity and evolution over time depending on the formula. Specifically, the 59% standard sample exhibited a less-marked increase in hardness compared with the 56% sample, suggesting that the higher level of water content could have had a “plasticizing” effect on pasta ingredients and therefore reduce changes during storage. On the other hand, the higher gluten content increased hardness, with the sample with 15% gluten and 59% water harder than the standard 59% sample, up to a storage period of 30 days, thus confirming other studies in which samples of pasta produced using semolina with a higher gluten content were seen to be harder (Cubadda et al. 2007; Day et al. 2006). At the same time, however, in this sample (higher water and gluten content) the increase in hardness during storage was significantly reduced compared with standard samples. The trend in hardness values was between that of the 56% water content standard sample and the 59% standard sample, indicating that the higher water content could have allowed for enhanced plasticization in the gluten network and, at the same time, hindered the hardening effect of the gluten. In the results of the cutting test performed to measure pasta texture, after a storage period of a month, a further “peak” was noted that corresponds to the moment in which the probe comes into contact with the surface of the sample, indicating the brittleness of the pasta.

This behavior was not observed in the standard samples and those with gluten and 59% water content, thus suggesting a greater flexibility and plasticity in these samples, probably the result of the higher water and gluten content.

The amount of retrogradated amylopectin was measured using a Differential Scanning Calorimeter (a technique that subjects the sample to a programmed time/temperature scan). This process provides an indication of the portion of the starch previously gelatinized that recrystallizes during storage, a factor partially responsible for increasing hardness in bread (Gray and Bemiller, 2003) and pasta (Carini, 2014).

In all samples, amylopectin retrogradation was found starting from day 3 of storage, with a further successive increase up to a two-month storage period. Specifically, the higher content of both water and gluten contributed to reducing the formation of crystals during storage (standard sample and with gluten and 59% water content).

Study of the molecular mobility of the proton indicated a significant molecular hardening of the pasta structure during storage, which was less-marked in samples with higher water and gluten content.

This study suggests that producing pasta with higher water content using a manufacturing process that would entail longer cooking times, could make it possible to modulate the texture changes responsible for bringing about a decline in product quality during storage. Gluten also seems to have a positive effect on product quality and, therefore, could be considered a potential ingredient that would result in an improvement in the quality of these products.

To conclude, it could be hypothesized that the qualitative improvement in pasta-based RTEs could be achieved through a change in formula since this is strictly tied to the chemical/physical changes this type of product undergoes during storage. In particular, formula changes should be modified taking into consideration the fundamental role of water—the primary ingredient in cooked pasta—and the other components of pasta that interact with it, such as gluten and starch. From this standpoint, other ingredients with hydrophilic properties (such as fiber with high water holding capacity) could be considered in order to maintain the structure of the pasta more malleable and flexible.

CategoryArticles Latest by section Must read

Geography of the durum wheat crop