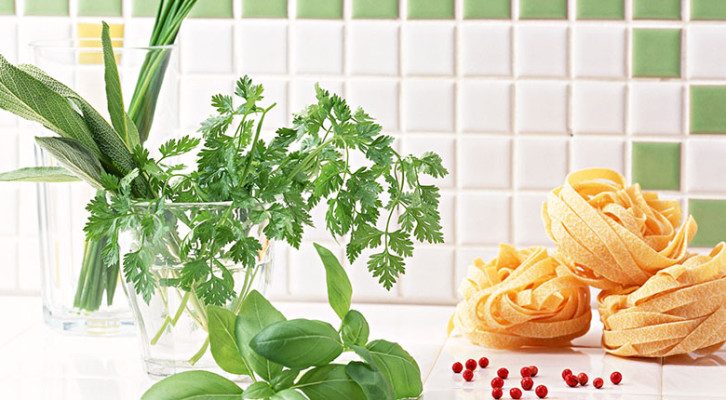 Projections for the main food commodity prices remain bearish. Save for external events shaking up the market, such as those in March following the disorder in Crimea, current fundamentals indicate that an inversion of this trend is unlikely. For the most part, the outlook confirms a negative gap on an annual basis, with some of the prices recorded in the first part of 2014 being adjusted downwards.

A number of elements – ranging from the moderately restrictive shift in US monetary policy (the impact of which is already evident on currency exchange rates and capital movements) to the merely gradual pace of improvement in the economic cycle, especially in the USA and the UK, in a situation less encouraging for the Emerging nations – indicate that raw material prices are likely to remain largely stable, with possible advantages in the short term for the Eurozone countries, in terms of lower costs for commodities priced in dollars. This latter phenomenon is due to the 1.38/1.39 Euro/Dollar cross: although analysts agree this is overrated, it is probably set to remain around these levels in the absence of vigorous action to tackle it on the part of the European Central Bank.

The speculative demand for commodities, including farming and food products, will to an extent be pegged by the gradual return to normal of monetary conditions in the USA and the gradual reduction of excess liquidity. This will mean less money on the trading floor, but also less pressure to purchase on actual physical markets, in view of a likely slowdown in demand on the part of the Emerging countries, including China, and a market with sufficient supplies to meet demand.

For cereal raw materials, the bullish scenario of March that took analysts by surprise, significant as it was, lasted no longer than the (brief) crisis in the Black Sea region. In April, once the emergency was over and – above all – there was no longer the risk of blocks at the departure ports, prices of both wheat and corn began to fall, thus leading to a fall in flour prices.

Forecasts for the coming harvests, with a slight fall expected in wheat and a fractional rise in corn, indicate that international markets are likely to remain calm, also because the level of stocks is appropriate to the direction consumption is moving in. This scenario is of course valid provided it is not shaken up by events such as the outbreak of another crisis in Ukraine as a result of the disorder in the eastern regions, which would have an impact on the potential for supplying cereals, especially for the European milling industry.

In the light of the current fundamentals, the same clearly disinflationary prospects are faced by dairy products (milk, butter and cheese). In this segment, we are likely to see a narrowing of the positive gap on an annual basis, for two reasons: international supply trends (production remains on the increase in the USA, Europe and Oceania) and an expected slowdown in production costs on dairy farms, partly due to a drop in animal feed prices.

Prospects are stable for the prices of durum wheat, beef and olive oil. With regard to the latter, there is a significant difference in trends between the price of higher quality (extra-virgin) olive oils – on the up, but only in Italy – and the other types, including refined oils. Further negative trends are forecast here, partly due to the impact of the potent amount of supplies coming from Spain, together with the slow recovery in industrial demand.