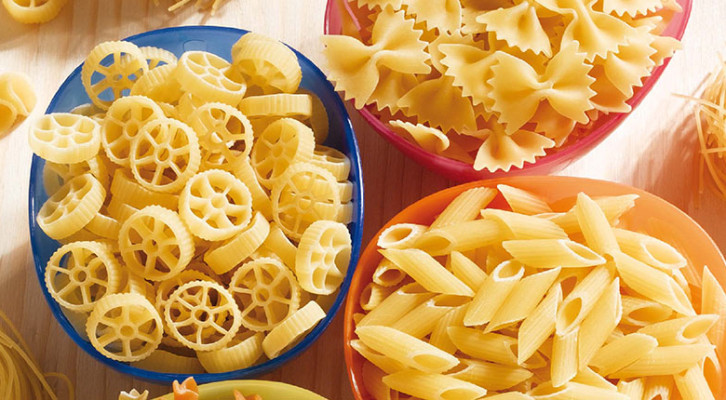 Made in Italy pasta record exports in 2012

Revenues in pasta sales over the 2 billion Euro mark (8% higher than in 2011). Overseas is still a good reason for investment.

The year 2012 saw a boom in Italian pasta exports. With the Germans still heading the list of most loyal consumers, they are closely followed by the French and British. However, things are moving faster above all in emerging countries, thanks to a surge in sales in large countries such as Russia, China and Brazil, where last year exports were able to catch the wave of rapidly increasing demand.

In other words, the overseas markets still represent a good reason for investing. The big groups know it, as do the smaller-scale companies, which continue to look beyond the borders with high expectations and confidence.

On the other hand, spaghetti and maccheroni sell better compared to other products, even those in the same food section, because they are cheap, sought after and a favourite in terms of image when it comes to tastes and trends. Especially in those markets where full potential is still not being met and where the number of pasta consumers (although still small at this present time) is destined to grow at an exponential rate, offering enormous business opportunities for all companies operating in this sector.

The overall report, although still incomplete in terms of official statistics (the month of December still has not been included in the annual balance sheet), provides a mathematical certainty that exports have exceeded the record 2 billion euro mark.

A mega-turnover, reached in the past only in 2008 (a year in which prices skyrocketed however due to the sharp increases in wheat prices), which incorporates over the last 12 months an excellent trend in physical shipments of Italian pasta.

The figures, up to and including November, confirm an overseas revenue of around 1.9 billion Euros. If to this figure we add the 170 million Euros (minimum) in exports expected for the month of December, the overall result should reach somewhere in the region of 2.1 billion. A total which crowns the success of the Italian pasta makers, with export volumes in the meantime reaching 1,000,733 tons up to the end of November, meaning an overall annual increase of 2.4%.

The turnover, as it emerges from the relative data, has marched at an even faster pace, growing by a more robust 7.8% compared to the January – November period of 2011. A monetary performance which incorporates, as well as an increment in the quantities exported, an increase in prices of around 5%, with one kilo of Made in Italy pasta selling for an average price of €1.09 Fob (Free on board), as opposed to the €1.04 recorded in 2011.

When it comes to the different types of pasta, overseas markets above all reward traditional dry pasta shapes. Exports (almost one and a half million tons in the 11-month balance sheet) have been able to experience a growth of approximately 3 percentage points, bringing one billion and 360 million Euros into the coffers, 9% more than a year ago.

Amongst the other reference markers, positive developments can be seen in the shipments of filled pasta (108,000 tons, +1.6% over annual sales) in a year which on the other hand has “frozen” the figure referring to exports of cooked and ready-made pasta at 73,000 tons, the same levels recorded in 2011.

The price effect however has ensured that even these two categories have been able to record a marked improvement in turnover in 2012, with an increase of 3% and almost 7% respectively.

In terms of destinations, European countries still remain the Italian pasta makers’ main market outlet, taking two thirds of the exports in terms of monetary value and a similar figure in terms of volumes. Both in the EU and the rest of the world, pasta exports have been able to experience growths of over 2 percentage points. But beyond the EU confines, turnover has grown at a more substantial rate (+11%) compared to the figure recorded in the European Union (+6.5%), making the most of both the price lever and the novelty factor associated with typical Made in Italy products, especially in South-East Asian markets and a few Middle East countries.

When it comes to Italy’s customers, Germany remains top of the list. In the year 2012 the German market absorbed 5% more than the quantities recorded in 2011, totaling approximately 370,000 tons (estimated). Close behind is France which hovers around the 300,000 ton mark. The market north of the Alps has not however recorded growth of any particular note, nor has the British market (approximately 260,000 tons). Taking into consideration that Italian pasta exports to both Paris and London have grown by just a few tenths of a point (+0.3/+0.4%), turnover has still managed to increase by over 6%.

Out of the traditional markets, worthy of note are the positive results achieved in the US sales campaign, with exports (over 150,000 tons in the overall 2012 forecast) showing a growth of 7% in terms of volume and 18% in terms of monetary value. Also in Japan, which stands at fifth place in the reference market, things are going better than expected with over 90,000 tons of exports, corresponding to a growth of 3% from one year to the next (+8% in monetary value).

The balance sheet for sales in Benelux and Australia is excellent while in both Spain and Scandinavian countries exports over the last 12 months have come to a standstill.

Of the less traditional outlets, the growing importance of the Russian market is being felt, where both Horeca (Hotel, Restaurant and Catering) distribution and off-trade channels (traditional retail, department stores, etc.) have given momentum to Italian pasta sales which have shot up to around 32,000 tons (+12%). In the same area, Uzbekistan, Tajikistan and Kazakhstan are all promising goals. The role of Brazil is also worthy of note, where, with 20,000 tons (roughly the same amount as is exported to Poland) growth appears to be quite strong (+9%).

A giant leap forward of over 60% has been recorded in China, where exports have now almost reached the 10,000 ton mark. Much weaker on the other hand is progress in Hong Kong, Singapore and Taiwan, markets which in any case have recorded positive levels of sales in 2012. While in the Middle East, exports last year recorded a growth of 9%, with positive developments above all in the United Arab Emirates and, to a lesser extent, Israel, while sales in Saudi Arabia remain stationary.

Aidepi, "made in Italy" and the pasta market 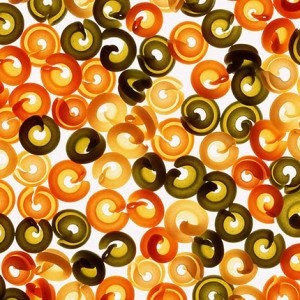 Aidepi, "made in Italy" and the pasta market

AIDEPI releases the most recent figures on pasta exports, reaffirming its position on the question of Made in Italy and indication...
© Kinski Editori S.r.l. | Privacy Policy | Cookie Policy
Back to top
WP2Social Auto Publish Powered By : XYZScripts.com