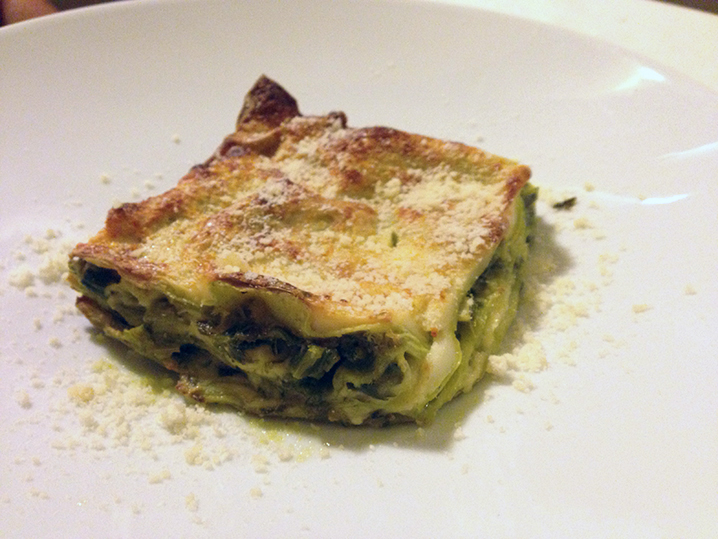 The upturn in the market is driving pasta consumption and is also setting new challenges for sector operators.

I was recently in Rome on business and in the historic city centre, just a cock-stride from the Colosseum, I came across a fast food pasta restaurant. Just a small place for getting a quick pasta based dish selected from the various options on offer and cooked in front of you, there and then. A few years ago, in 2012, we were talking about fast food pasta at a conference organized by Pastaria in Rimini, and it was then, before anyone else, we found ourselves agreeing on the fact that the idea of pasta linked to quick service restaurants would be a winning proposition in the coming years.

So to now see an intuition put into action is really gratifying for someone who observes and interprets market dynamics.

Pasta in the quick service sector is one of those trends which today characterize the consumption of pasta eaten out of the home and is one of the elements contributing to the growth in consumption of this product found in 14% of meals.  The data, collected by CREST®, the continuous investigation into meals eaten out by the NDP Group, indicates that 2.2 billion dishes are served in a year. Furthermore, the data shows that in the first nine months of the year, the number of pasta dishes served went up by 2% compared to the same period in 2014. The growth in pasta exceeds the growth rate of the market. 2015 shows signs, therefore, of having been a positive year for pasta eaten out.

The year which has just drawn to a close was characterized by a revival in the eating out market and the pasta sector has evidently benefited from this.  The month of May was the first positive month in terms of traffic and expenditure in eating out after 40 months under a minus sign. The growth, despite being only moderate, did extend into the following months making anyone operating in this sector cautiously optimistic.  The rates of growth are still minimum, however, and only just above zero, but it is still a significant reversal in trend because, as always, it is the result of complex dynamics which characterize the eating out sector. The sector has certainly benefited from the upturn in consumption and the improvement in corporate and family confidence indices, even if the level of uncertainty remains high and often the macroeconomic indicators appear to contradict one another.  However, certain indicators tell us that the upturn in the eating out market is for real.  For example, the presence of families recorded by the NPD survey in September has increased by 2.8% in a year. In this moderately positive context pasta consumption is driven by various elements ascribable to the structure of the market, the operators and consumption habits.

2015 was characterized not only by the upturn in consumption we have already mentioned, but also by a series of trends specifically linked to the eating out sector. For a few years now we have been observing changes in the structure of the market. Last year was characterized by organized distribution which was ever more present with its catering concepts but also by the increasingly finer line between the preparation and the sale of the raw materials. One need only think about Eataly or Rossopomodoro’s A’Puteca. On the whole market places and segments overlap. For some time now, in fact, we have been observing a growing hybridization between fast service and complete service which translates into the so-called fast casual concepts, in other words quick service restaurants characterized by high quality products and transparency in the preparation processes, from the supply chain to production, also by means of open plan kitchens. On the whole the concept of “transparency” runs across the board in catering and victualling has become one of its essential elements. Often a short supply chain contributes to transmitting food care elements which today, more than before, influence consumer choices. In general we have seen how in catering the “product” element has moved closer to the consumer, not only in terms of the growing attention given by consumers, but also through actually moving it physically closer to them.  An example concerning pasta in this case is the greater visibility of product brands, such as Barilla being used in McDonald’s or Garofalo in Autogrill restaurants. The operators, held in a cost containment vice, take these elements into consideration, adapting their menus and choice of ingredients accordingly. Pasta, a cornerstone in the Italian diet, can meet these needs.  [hidepost] On the one hand local manufacturers move closer to catering, also by means of dedicated supplies, but on the other hand, the simplicity of use of the product means it can be used easily in recipes which keep costs under control and meet the needs of restaurant patrons. But what are consumers who decide to eat out actually looking for?

The consumer has changed in both habits and choices, and this is not only due to the economic crisis of recent years. Of course, today’s consumer is more careful and rational in making choices. Today, with the economic crisis almost over, we are in a better position to interpret and understand the last few years which have also been characterized by a change in generation. The Millennials, for example, who are now between 18 – 35 years old, are children of the new economy, they use new technologies, they are social networkers and “share” their experiences.  In fact today’s consumer makes choices with more caution but also with more attention to experience. He may go out less often but seeks a “better return on investment”. Over the last few years data tells us that the heavy users, i.e. those who, according to NPD say they have eaten out more than four times in a month, have gone down in number whereas the average amount of money spent has gone up. So, if on the one hand the frequency of visits to restaurants has gone down, on the other hand attention to product quality or to hedonistic elements involved in the eating out experience has gone up. Even pasta in this context loses its purely functional elements. In 2010, 61% of pasta consumers declared they selected the eatery based on time and convenience, today that figure stands at 53%, proof that nowadays even those who eat pasta are looking for a complete and gratifying experience. It is also interesting that 77% of those who used to consume pasta in a quick service restaurant in 2010 mentioned hedonistic motives and that figure has now risen to 81%. This data confirms that the importance of the experience becomes relevant even in those places which once upon a time were purely functional. In the choices of consumers there is therefore a clear distinction between the speed of access to the product or the service and the time it takes to eat it.  These two elements in fact contribute in a different way to creating the experience. On the other hand, the elements of proximity and ease of access emerged in 2015 also through the proliferation of restaurant facilities in shopping malls which integrate the restaurant experience with the shopping experience and, not least, the increasingly greater diffusion of the home delivery service also by means of the so-called aggregators, such as JustEat or Deliveroo. The opportunities to eat with home delivery have gone up by 4% in one year, according to the NPD data updated in September 2015, however, the presence of pasta in these occasions has dropped from 26.3 to 25 times out of 100. Of all the trends, this is the one in which pasta is not getting the best benefit.

Families, Millennials, fast casual and home deliveries are just some of the trends which characterized 2015. Some trends are clearly visible, others are hidden in the complex network of dynamics characterizing this market. Pasta is not detached from the dynamics affecting this market either in terms of consumer choices or in the choices of the sector operators.  Understanding and foreseeing market trends is singular for manufacturing if one is to present oneself as a partner for operators. Today, more than ever before, elements of innovation are therefore requested of the pasta industry in order to adapt the product to the needs of operators and consumers in the eating out market and to win the challenges expected in this new year. [/hidepost]