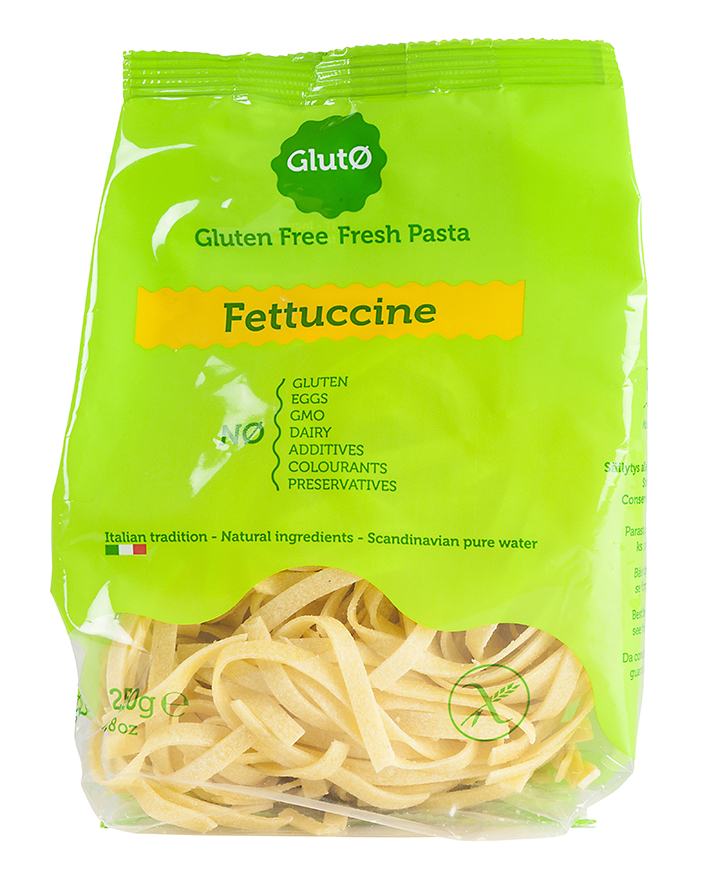 Headquartered in Finland, an extremely interesting facility for the production of fresh gluten-free and vegan pasta.

This is the story of an enterprise that produces fresh gluten-free pasta and successfully exports it throughout the world. Although Glutzero was only founded a year ago, it has already entered Large Scale Distribution channels in the United States, France, Denmark, Israel, Sweden, Russia, Norway and Italy. This in itself would not be so surprising were it not for the fact that the pasta factory has attained remarkable objectives, considering that it is still in its infancy. The company is located in Finland, in Helsinki. And it produces there. But this Finnish company does nonetheless have an Italian element: its partners, Maurizio Pelosi and Marco Lembo. The latter is the founder and majority shareholder. He comes from Rome and although he is an electrical engineer he has many years of experience in the distribution and catering sectors of the food industry. But don’t think for a minute that Marco Lembo left Italy in order to seek economic advantages elsewhere. He would have been quite justified in doing so, but in Finland the tax ratio and labour costs are actually among the highest in the world. After a prolonged stay in Britain, it was his heart – as is often the case in these circumstances – that brought him to Northern Europe. And for a certain period, he did try to return to Italy.  But for those who have become used to streamlined bureaucracy and a banking system favourable to economic development, settling down in another context is no mean feat. Marco Lembo had initially thought of producing gluten-free pasta in Rome, but a series of obstacles even in the preliminary stage convinced him to return to Finland. “Don’t think that it’s a cake-walk here either because we are on the border of the continent and, logistically speaking, this is a very poor position to be in,” points out the manager of Glutzero. But this is the very reason why we have concentrated our efforts on other aspects. Our most distinguishing feature is that our pasta, whether it be plain or filled, is always gluten-free and vegan. But if you tasted it, you would never guess from its flavour that it is gluten-free. This success comes after two long years of experimenting, with the goal of creating a product that would be delicious to the palate and for this very reason would also be bought by consumers not affected by celiac disease. The result is a pasta that is gluten-free, but which does not contain eggs, additives, colouring, thickeners, milk or dairy products either. So it is not only a food designed for those suffering from food-related diseases, but also a dish that can be enjoyed by everyone, even for its delicious taste alone.

Glutzero pasta is exclusively made from cornflour and rice mixed following the pasta producer’s formula. But its great added value lies in the water. Finnish water which, in fresh pasta, accounts for 40% of the product, is not just a common or garden ingredient. This water, which is so pure, so crystal-clear, so biologically and chemically perfect guarantees an end product of exceptional quality. “We have tried producing pasta in other places and with different water – says Marco Lembo – but to no avail. In Finland, thanks also to its cold, dry climate, we can create a product that is highly standardised and free from variations. At that’s not all. With the local water, universally considered to be the purest in the world, the dough remains naturally elastic so that it is not necessary to add eggs which, in addition to producing an allergenic product unsuitable for those following a vegan diet, would also generate considerable costs which would, of course, be reflected in the final price to the consumer”.[hidepost]

The philosophy at Glutzero is that good food must not only be delicious to eat, but it should also safeguard the health of those who eat it. So pasta should be easily digestible and ideal for any kind of diet and any kind of culture. In fact, Glutzero holds some of the most prestigious Finnish and international certifications, including vegan certification and, of course, it is entitled to use the gluten-free crossed grain symbol. But also the acquisition of Kosher and Halal certification, for the Jewish and Islamic populations, respectively, is currently underway.

The pasta shapes produced by the company, which has an output of 4 tons per week, are fusilli, pasta rustica, rigatoni and fettuccine. The artichoke-filled pasta (Fior di carciofo) is round in shape while the ravioli follow the classic Italian tradition. The raw materials are all Italian except for those of the fillings. The vegan filling is, in fact, made exclusively with vegetable products and since everything made by Glutzero must be ultra-fresh, the company adopts a strict policy to purchase locally. The aubergines, courgettes, peppers, spinach, potatoes, onions and pumpkins are always grown in Finland.

The list of pasta shapes is far from being complete as the company is willing to produce any type of shape the customer requests. The same applies to the packs which are made to suit requirements of the buyer.  And since this is a product likely, at best, to be exported thousands of kilometres from its place of production, Gluto produces it deep-frozen or packaged in modified atmosphere.

You would never believe that all this mounts up to a considerable cost because the retail price is perfectly in line with similar and non gluten-free products. In any case, this is, in actual fact, the expression of the company philosophy: that gluten-free pasta be placed on the same level as traditional pasta so that customers, attracted by its price, taste and convenience, will spontaneously choose Glutzero pasta, irrespective of whether they have a food intolerance or otherwise.[/hidepost]

Coop Report: evidence of an upturn in food & beverage sales in Italy