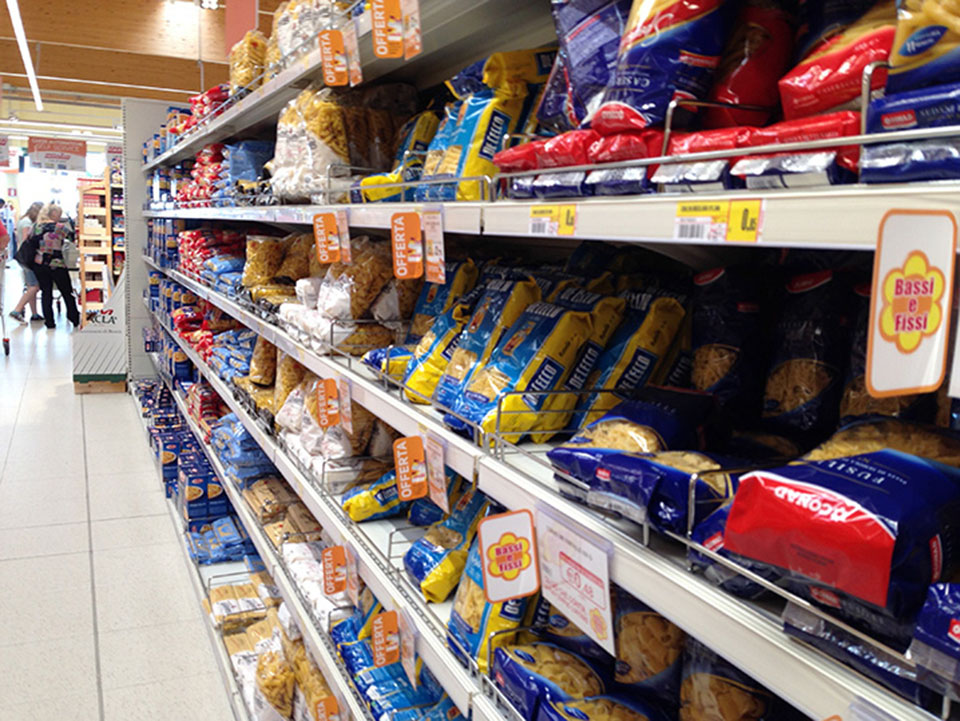 Italy’s supply chain is looking to an integrated strategy of development and promotion, also by using tools that are capable of favouring interactions between the chain’s different players.

The final balance for 2014 – according to a study by ISMEA (the Italian Institute for Services to the Agricultural and Food Markets) – has confirmed that end of year figures have been the highest for the last decade and half, breaking through the 2 million tonne barrier (+4.2% compared to 2013), with a record leap to over €2.2 billion (+4.1%) in money terms, up by 7% in share terms compared with the total value of Italy’s exports of food products.

In the dry semolina pasta segment in particular, to which the statistics concerning foreign trade attribute 85% of volume and 70% of the entire value of exports of pasta, the figures from the year 2000 to the present day show an average annual upswing of 2.3% in physical terms and 5% in monetary terms. The only setback, which occurred in 2008 when the exports of semolina pasta experienced an annual drop of 5 percentage points, came about during a time of exceptional revaluation of average unit values following a hike in the price of durum wheat right in the middle of a full commodities bubble.

In the two years that followed, with a rapid turnaround in prices and the emergence of the most serious economic crisis since the Second World War, world trade plummeted and Italy’s pasta exports were dragged down into a negative spiral that was to persist for an entire two-year period.

Even against this backdrop of the general difficulties encountered in maintaining its turnover levels, the quantity of pasta exported continued to grow every year after 2008 and was already breaking through the million and a half tonne barrier in 2010.

In fifteen years the geographical areas for exports have not experienced any particular upheavals. The EU preference, which attributes a prominent role to German, French and British markets, also seems to be confirmed by the long term dynamic which appeared significantly positive for the major buyers, with an average annual upswing, between 2001 and 2014, of 2.5% in Germany and France and 3.5% in the UK.

Beyond the EU’s borders, exports of semolina pasta experienced an average annual downturn of 0.7% in the USA (with a sharp drop of 31% in 2008 – also caused by the strong revaluation of the Euro that year), but grew fractionally by 0.4% in Japan and significantly by +15.2% (on an annual average) in Russia.

In absolute terms, exports to Moscow went from little more than 7 thousand tonnes in the year 2000 to a figure approaching 60 thousand in 2014. [hidepost]

The ISMEA study also reveals that in order to satisfy the growing foreign demand for Italian pasta, Italy’s milling and pasta manufacturing industries are increasingly procuring stocks of imported raw materials, given that the quantities of durum wheat produced in Italy are insufficient to meet the industry’s demands and that the quality does not always meet the required parameters.

The average level of self-sufficiency in Italy, during the last fifteen years, has stood at around 70%, dropping to its lowest level (62%) in 2014. On average 30% of all the raw materials used in the milling and pasta manufacturing sector originate from abroad (with Canada being the biggest supplier outright) and during the last twelve months this figure has risen as high as 40%.

The study concludes that reducing this dependence on imports means being able to act more incisively, with tools that are capable of favouring interactions between the chain’s different players, from the point of view of greater agricultural coordination, a raising of the qualitative standards of Italian grain and the maintaining of standards, also through differentiated storage for uniform batches of product.

An integrated strategy of development and promotion of pasta abroad would also be required to strengthen the sector’s level of internationalisation, a sector which already sends more than half of what it produces abroad.

To this end, following an initiative by AIDEPI, the Italian Association of Confectionery and Pasta Industries, the Italian Government has set up a “pasta steering committee”, under the chairmanship of the Minister of Economic Development and the Minister of Agricultural, Food and Forestry Policies, something that has also been warmly welcomed by the farming sector (see also the article entitled Al via ufficiale la cabina di regia della pasta).

A note issued by MISE states that future meetings will be dedicated to thematic working parties and will see the involvement of other players in the pasta production system.

Fresh pasta and gnocchi: the success of the Italian industry