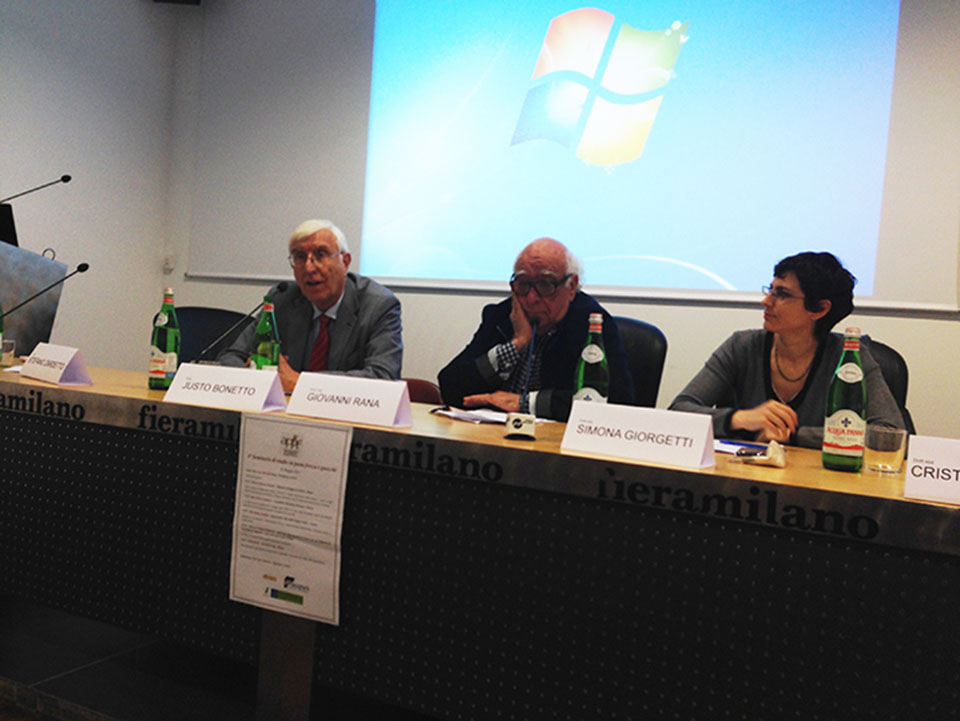 Fresh pasta and gnocchi: the success of the Italian industry

A note by APPF Secretary Justo Bonetto commenting on the market data of the Italian fresh pasta industry, presented during the Fourth Fresh Pasta and Gnocchi Seminar.

Profiting from the occasion of the surprising success of Italian fresh pasta producers that we see emerging for 2014 (+4.5%) despite all the unfavourable market contingencies and the crusades in favour of low-calorie diets, not to mention the U.S. offensive in favour of “low carb” foods, I want to give a truthful economic picture of Italian fresh pasta in the last 20 years, fresh pasta that has lived and prospered, first in legislative insufficiency and uncertainty (greatly reduced in 2001 by Presidential Decree 187) and still enmeshed in the identificatory and qualitative/quantitative confusion between so-called industrial and artisanal fresh pasta, dry pasta and gnocchi.

The industrial manufacturers can be identified, with a necessarily approximate assessment that goes beyond sales revenue valuations, as those companies which are able to avail themselves of sizeable, non-obsolete facilities and have a mindset open to exports to European countries: there are no more than thirty such manufacturers in Italy. Some of them declare themselves to be artisanal but they retain only distant traces of artisanship – a traditional patrimony of fresh pasta manufacturers, who all are born artisans. “True” artisanal fresh pasta, prevalently sold where it is produced and in modest quantities, accounts for around 10% of the market nowadays and is certainly not growing.

Today, Italian fresh pasta has a strong propensity for foreign markets (basically European ones) that keep the entire sector alive and vital by putting a few patches on the domestic market, which has reached a state of “maturity”. It strives to affirm its identity as a pasta that also has notable gastronomic connotations with sales methods and types of markets that are entirely peculiar for purposes of commercial clarity, keeping itself well anchored and seeking (successfully) to ride Europe’s fast-growing “fresh” segment. Fresh pasta fostered by Italian Law 580/67 simply as a corollary of dry pasta needs this status for those legislative modifications that the changed markets, European ones especially, now require.

No longer a pigmy in the world of pasta as a whole, fresh pasta today is “worth” approx. 28% of dry pasta, even if its sales platform (i.e., the European one) is much more limited. The obligatory path will be to establish new factories abroad, where the market leader, Giovanni Rana, present in the USA since just a couple of years ago, is reaping extraordinary successes.

Nor do potato gnocchi, in their slow but steady growth, seem to suffer from the lack of ad hoc legislation attesting to their quality: it is a more than satisfactory market where the most disparate types of production in terms of ingredients (flakes, fresh potatoes, mix of the two, flake-based preparation) and types of storage (refrigerated and at room temperature) coexist. And this in a market that now extends over the whole world. [hidepost]

They are both products that embody and exalt the concept of Made in Italy: enormous amounts of all-Italian skill and inventiveness backed up by great product quality. High qualitative levels achieved also by means of the creation – it, too, entirely Italian – of the technology of preservation over time, able to keep the organoleptic qualities of the pasta nearly constant while exalting the concept of “fresh”.

From a traditional speciality found on tables twice a year (Easter and Christmas) or little more, fresh pasta – especially the filled variety – has become a dish routinely consumed by families almost twice a week and concerns 70% of the Italian population, with even higher percentages in the North.

The constant pursuit of quality by using premium ingredients in the fillings and in the pasta itself has been the “mission” of the entire sector. Another very good move has been to decrease the thickness of the pasta sheet in order to enhance the organoleptic value of the fillings and at the same time cut cooking times (by more than half), an only apparently trivial factor. The same goes for the timely turn from the traditional meat-based fillings to those based on vegetables and milk products, which have recently become the majority.

Finally, we should cite the attainment of a level of health safety that was unthinkable just a few years ago – salmonellosis and mould are now only a memory – together with the maintaining of organoleptic quality (using a single heat treatment, adoption of clean rooms, etc.): a bulwark of reliability that has always been sought and demanded by buyers.

The considerations that emerge from the graphs on these pages abundantly testify to the extraordinary evolution and excellence of the fresh pasta and potato gnocchi markets. They are data provided by APPF, the association presided by Giovanni Rana, which covers around 85% of the Italian business and some 60% of the European business. APPF elaborated and integrated the known data (statistical market research institutes, ISTAT, the Italian National Institute for Statistics, etc.) with the certain, tangible ones from the associated companies, thereby overcoming the difficulties and gross imprecision that, for the most part, characterize the European market, where statistical measurements are more difficult.

Keeping our fingers crossed, all or most of the market prospects seem to be favourable: