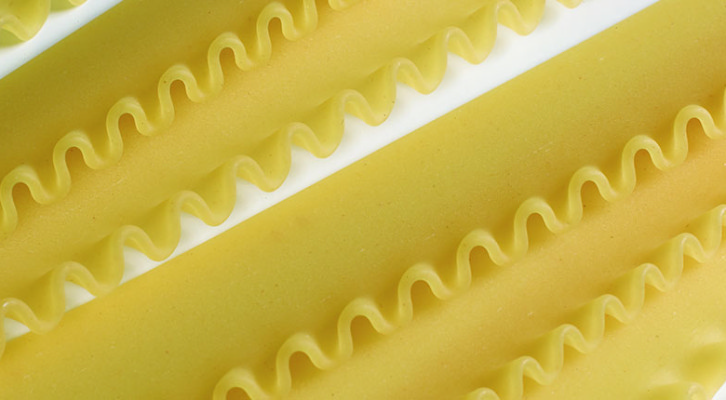 The Italian government has created a “pasta steering committee” comprised of sector representatives from government, agriculture and business.

It is an initiative aimed at promoting the entire wheat/pasta supply chain, a strategic one for the Made in Italy agri-food sector, as well as outlining a plan to relaunch the sector that is also focused on enhancing the presence in foreign markets.

As explained in a memo from the Ministry for Agriculture, the steering committee will act in a concerted way to promote and support the competitiveness of the entire supply chain, from the primary production of wheat to the manufacture of pasta.

Specifically, it will provide incentives and stimulate agreements along the chain between wheat growers and pasta manufacturers in order to promote the necessary processes of coordinating raw material supply, create initiatives to promote and stimulate quality wheat and develop strategies to attract EC funding for the sector as part of the 2014-2020 economic plan.

Further financial resources, both Italian and EC, will also be raised through promotional initiatives to boost production and exports. The body also aims to promote and provide incentives for investment into research and innovation to benefit the entire production supply chain.

“This initiative in conjunction with the Ministry of Economic Development is something we have been very committed to”, explained Minister Martina, “in order to meet the needs of the pasta sector, emblematic of Made in Italy. We are world leaders with an annual production of 3.4 million tons, turnover of more than 4.6 billion euros and a workforce numbering more than 7,500 employees”.

“In the last ten years,” the Minister continued, “the export trend has shown significant levels of growth, reaching 2 billion euros. Through the steering committee, we could provide better support for companies on the export front, organize integrated promotion as part of Expo and provide enhanced value distribution along the supply chain”.

Government institutions are reserving special attention for the Universal Exposition which will open in Milan this coming May, starting precisely with the wheat-pasta supply chain to support initiatives to promote the culture of the Italian agri-food model.

As Martina noted, “Italy is also the no. 1 European producer of durum wheat. This is why we have included it among the crops that will receive part of the more than 146 million euros allocated yearly for the planting program as part of the resources regarding coupled support [i.e., production-related support as part of the first pillar of the CAP—eds.]”.

The steering committee will be organized on the basis of issue-related working groups made up of representatives from the principal sector manufacturer associations, professional agricultural organizations and cooperatives. A partnership that will be called upon to identify strategies to take advantage of the underutilized productive capacity of the sector, and boost export and redistribution along the entire chain of the added value generated at various levels.

The hope is that the entire pasta production system will take part at this body sponsored by the government and to be formed soon. This means not only farmer and manufacturing (both artisan and industrial) representatives, but also a range of organizations, all elements of the complex mosaic made up of various segments (for example, semolina dry pasta and fresh pasta) with their own specific problem areas.

Positive the response of AIDEPI, the association of Italian Association of Confectionery and Pasta Industries. The creation of a steering committee for pasta “is a measure for which Italian pasta-makers have been asking for some time, and made possible by the support of the MISE (Ministry of Economic Development) and MIPAAF (Ministry of Agricultural, Food and Forestry Policies)”, noted Paolo Barilla, president of AIDEPI, while also underscoring the importance “of supporting the competitiveness of Italian pasta compared with foreign competitors, of re-launching exports and activating policies for its promotion, including through attracting EC funding.”

Riccardo Felicetti, president of the association of Italian pasta manufacturers and newly-appointed president of the International Pasta Organization, also expressed his satisfaction while also thanking Ministers Guidi and Martina for having listened to the needs of a sector that is so important for the Italian economy.

“There are many issues that need to be faced,” Felicetti said. “It is our hope that, now, this group will attain the level of operational efficacy this sector needs and deserves. Exports remain, in any case, the driver for growth with a propensity for very high volume levels—more than 55% of national production. But focused interventions”, he concluded, “would make recovery possible even within the domestic market”.

The initiative was also greeted favorably by APPAFRE, the Italian association of small/medium fresh pasta and gnocchi manufacturers. In the words of its secretary, Luigi Peolisini, “creating a steering committee to promote and support pasta and its supply chain is, without doubt, an important effort to coincide with the Milan Expo. Supporting and promoting the sector which, more than any other, is emblematic of Made in Italy, means helping, with EC and national funding, the supply chain which extends from the production of wheat to the export of dried pasta, fresh pasta and gnocchi.” The pasta steering committee follows in the footsteps of a similar initiative carried out in the past by the association. “On February 13, 2008, a conference entitled Pasta fresca made in Italy… si può (Fresh Pasta Made in Italy … it’s possible) was held, organized by APPAFRE and CNA Alimentare, to report on the results of the experimental Fresh Pasta program approved by MIPAAF on December 22, 2005 and aimed at promoting an all-Italian supply chain for fresh pasta.”

Pelosini continued: “For this reason, we are pleased to learn today of the commitment to create this steering committee to promote and support the pasta sector. APPAFRE has already asked to take part, because in addition to the representatives of the governmental ministries MIPAAF and MISE, it is only right that representatives of Italy’s dried and fresh pasta associations also be included”.

1. Full coverage of the  Pasta fresca made in Italy… si può conference appeared in the Pastaria no. 4 issue dated March 2008. It is available in PDF format to registered users of pastaria.it. Presented during the conference were the findings of a survey carried out by Pastaria on the request of CNA Alimentare regarding the increase in production costs seen in 2007. 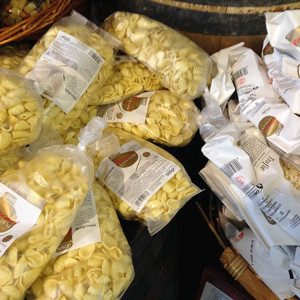