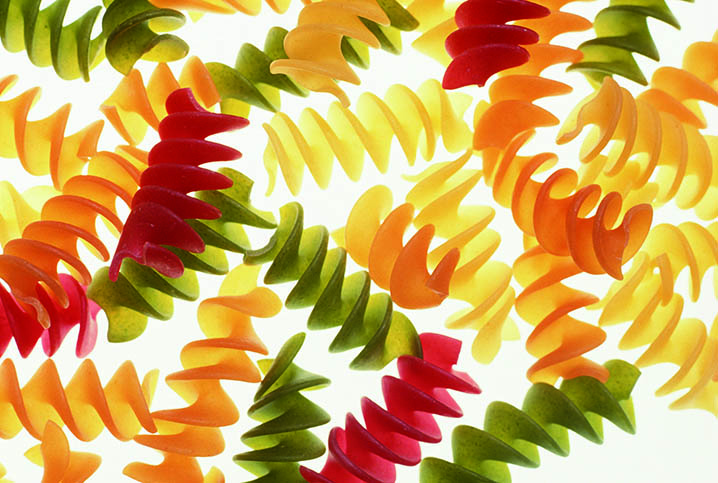 For a better understanding of the aging process of the pasta phase in shelf-stable ready-to-eat products, we report the results of a recent study which evaluated the physico-chemical changes in these products with a multi-analytical and multidimensional approach.

The production of pasta, at a global level, has grown from 7 to 12 million tons over the past 10 years. This growth is partly attributable to the increase in the demand for pasta-based dishes in fast-food eateries and other types of restaurant. The demand for “convenience food” (food designed for ease of consumption) has in fact prompted the industry to develop pasta-based ready-to-eat (RTE) meals. Pasta-based RTE products differ on the basis of their storage method: RTE meals can, in fact, be of the refrigerated, deep-frozen or shelf-stable (i.e. storable at ambient temperature) type. RTE products normally contain a “sauce” and a pasta phase. The pasta phase greatly affects the quality of the ready-to-eat meal. There is very little in scientific literature on the physico-chemical aging of pasta-based ready-to-eat meals. Olivera and Salvadori (2009, 2011) reported the effects of storage on deep-frozen cooked tagliatelle, observing changes in texture (loss of hardness), colour and moisture content. With regard to shelf-stable RTEs at ambient temperature, only one study has recently been published (Carini, Curti, Littardi, Luzzini, & Vittadini, 2013). This study assessed physico-chemical changes during the storage of an RTE product, “fusilli all’arrabbiata”, obtained by microwave heating (simultaneous cooking and sterilisation), in the presence of tomato sauce. The pasta had lost its texture during storage and migration of water at a molecular level was observed (through Nuclear Magnetic Resonance Imaging techniques) from the sauce phase to the pasta phase. This migration was not observed at a macroscopic level (moisture content and water activity were, in fact, comparable in the two phases).

Although water migration between the sauce and the pasta phase could be avoided through the technological solution of separating them during storage, by designing suitable packaging, it is interesting to underline that even on its own the pasta phase undergoes a number of physico-chemical changes during shelf-life that affect the quality of the product. The understanding of the mechanisms that lead to physico-chemical changes in this type of product is a challenge for researchers but it is also a tool for changing, in an intelligent manner, their formulation and/or production process with a view to improving the quality and/or prolonging the shelf-life of these products. From the compositional standpoint, the pasta phase of an RTE product mainly consists of gelatinised starch trapped in a denatured and collapsed gluten network, characterised by a high moisture content (60%), which is absorbed during the cooking process. It is possible, therefore, to conjecture that the physico-chemical changes that take place during the storing of the pasta are similar to those that take place during the aging of cereal-based products (such as bread, for example), given the fact that the components involved are the same. It has been reported that many factors, such as the retrogradation of amylopectin, the migration and dynamics of water at a macroscopic and molecular level, play a fundamental role in the aging (staling) of bread.

For a better understanding of the aging process of the pasta phase in shelf-stable ready-to-eat products, we report the results of a recent study which evaluated the physico-chemical changes in these products with a multi-analytical and multidimensional approach (at various structural levels of the product) (Carini et al., 2014), taking into consideration pasta samples (penne) with a standard formulation, cooked (for 10 minutes), packaged and then sterilised (F0?7), cooled and stored at ambient temperature for 63 days.

In order to monitor the physico-chemical changes during storage, the following texture properties were measured: hardness and cutting firmness (using a Texture Analyzer and cutting test with flat blade), moisture content (by drying in an oven at 105°C), water activity (Aqualab at 25°C), retrogradation of amylopectin (with a Differential Scanning Calorimeter (DSC), programmed at -80 to 130°C at 5°C/min). The molecular mobility of the proton was also measured (low resolution Nuclear Magnetic Resonance Imaging) after various days of storage. [hidepost]

The amount of retrograded amylopectin was measured using the Differential Scanning Calorimeter (a technique that subjects the sample to a time/temperature programmed scan). This measurement is indicative of aging in cereal-based products, inasmuch as after cooking (which induces gelatinisation), a fraction of the gelatinised starch (amylopectin) tends to recrystalise (retrogradation). In bread, retrogradation is correlated to staling, since the increase in hardness observed during the aging of bread is partly attributed to the retrogradation of the amylopectin. In fact, also in pasta, during storage, the amylopectin retrogrades significantly in the first 15 days, and after this period a plateau is reached, which lasts until the end of the storage period.

The moisture content measured is equivalent to 57 ± 1% g of water/100 g of sample while the water activity proved to be equivalent to 0.98 ± 0.01, and these values did not change significantly during storage, as expected (given the airtight packaging).

The Nuclear Magnetic Resonance Imaging technique made it possible to obtain information regarding the dynamics and mobility of the water in the product, supplementing the data on the state of the water in the actual product. Scientific literature has published a number of studies in which it is demonstrated that microbial growth and development in certain matrices are more closely related to molecular mobility than to macroscopic indicators such as, for example, water activity. Through this type of technique, in the study on RTE pasta, using the FID (Free Induction Decay) and T2 (transverse relaxation time) experiment, a significant decrease was observed in molecular mobility, particularly in the first 10 days, and this could be attributable to the increase in hardness resulting from the texture analysis.

On the basis of this evidence, it would be interesting to verify whether some of the methods used to decrease/slow down the advancement of staling in bread could have a positive effect in preserving the quality and acceptability of the pasta during the storage of this type of product.

It is also interesting to underline that the changes in the physico-chemical properties measured in absence of sauce (Carini et al., 2014) are completely different from those measured in presence of sauce (Carini et al., 2013). This suggests that, if the two phases are not separated, correct “engineering” of the dish, through pasta and sauce formulations designed to control interactions both at a macroscopic and at a molecular level, could be the key for developing quality products. The correct ratio between pasta and sauce with carefully selected geometries and pasta shapes could improve the stability of these products, thereby guaranteeing a better quality product at the time of consumption.[/hidepost]