The drop in prices had been expected. But the intensity of the slump and, above all, the outcome of the 2016 harvests, disappointing in terms of quality, exceeded all negative start-of-season expectations.

A combination of factors, all bearish, which had an immediate, as well as disastrous, impact on the prices of durum wheat this summer. The resumption of negotiations, after the customary suspension of trading during the harvest, has already determined, right from the very start of the new season, a dramatic reduction in prices. If a year ago a tonne of durum wheat could not be purchased in Italy for 300 euro (it cost 330 euro, to be precise), today the same quantity can be found on the market for less than 200 euro.

At the end of August, at the Foggia stock exchange, Italy’s national benchmark, given the importance of the production district of Apulia, the best quality grains were changing hands at a maximum price of 185 euro per tonne, i.e. a decline of almost half the value (-44%) in the course of only twelve months.

It should also be pointed out that the specific case of durum wheat, which has already alarmed industrial users (mills and pasta manufacturers), given the lack of grain with quality characteristics suitable for processing, is set in the context of a general recession in cereal markets worldwide.

All the fundamental indicators – particularly the high ratio between stocks and consumption, the one that most influences price trends – suggest a “flat” scenario, or even a further drop in prices.

Analysts’ forecasts confirm, in the evaluations made by the IGC (International Grains Council) at the end of August, predictions of a maxi harvest in 2016, with record figures for the production of wheat and an all-time high level also for corn, after a decisive upward revision of the start-of-summer estimates.

The above appears even more significant if we consider  that the low prices for fodder cereals (and the persistence of this market oversupply situation) will also curb the prices of zootechnical products, due to a price-cap effect that might materialize precisely through the cost chain.

Both meat and dairy products have, however, benefitted, over recent months, from the improved development of the economic scenario. There are, moreover, good possibilities that prices will maintain their positive direction especially as regards dairy commodities, in anticipation of less pressure from the European supply after the post-deregulation boom experienced with the end of the milk-quota system. [hidepost]

In the short-term, a rise in prices is likely, also in response to the upturn in Chinese orders which will reduce interference on international markets, especially from Oceanian competitors.

Meat will maintain a moderately positive – or at least stationary – trend, with the exception of poultry which is still unstable due to the surplus supply (the egg situation is likely to be similar).

In general, cereal price restraint will keep the prices of food commodities in negative territory.

Also in connection with non-food raw materials, prospects are predominantly bearish at least until December, given the plentiful supply and the prospects of slower economic growth, particularly in the emerging countries.

World Bank analysts estimate a 16% drop in prices in 2016 for energy products, with WTI crude oil – the American benchmark – likely to settle around 43 dollars a barrel, on average.

The decline in non-energy commodity prices is less evident, in expectation of a 4% average downward adjustment compared to 2015. 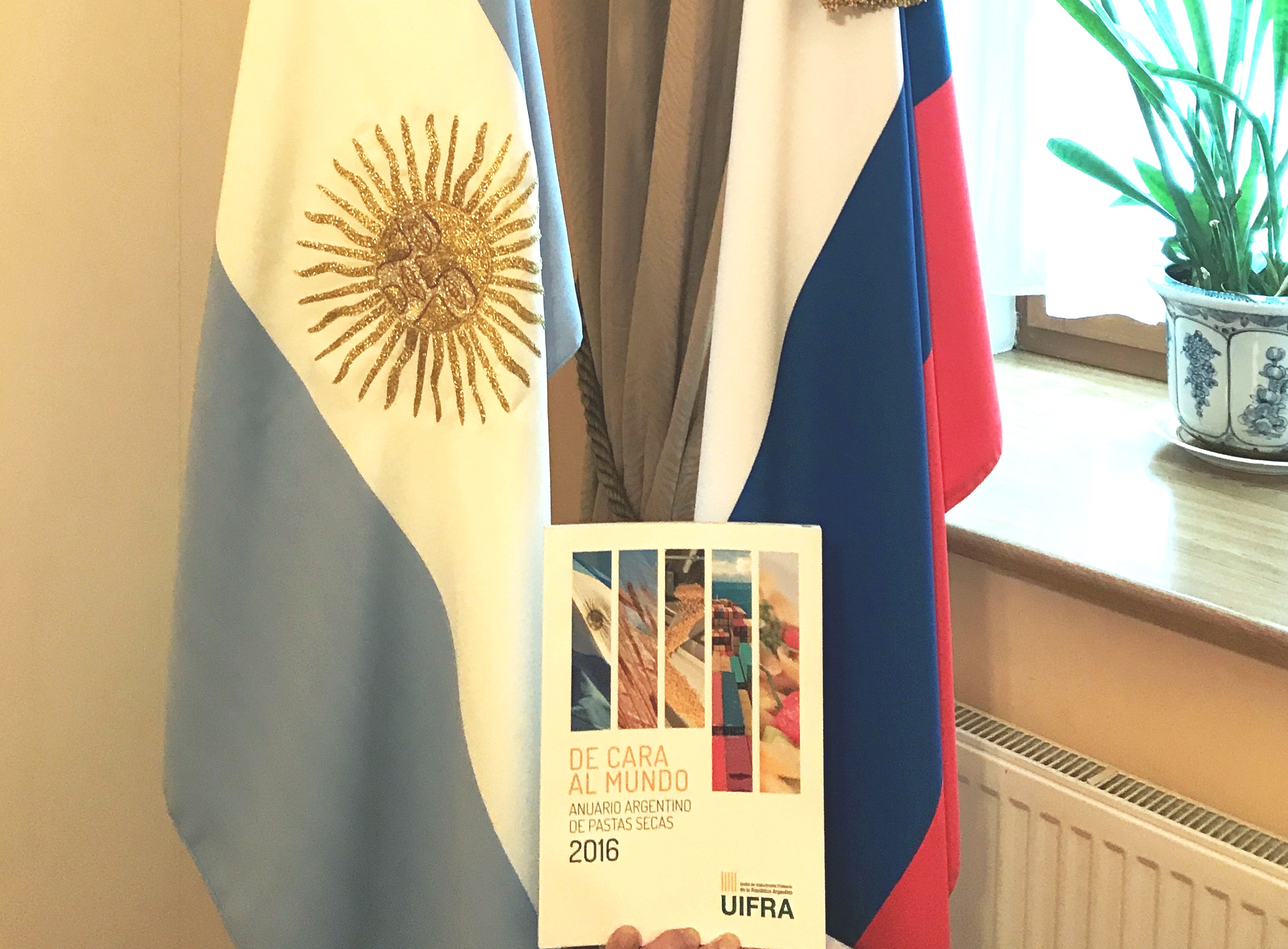 The Argentine Pasta Yearbook, sign of a choice for quality 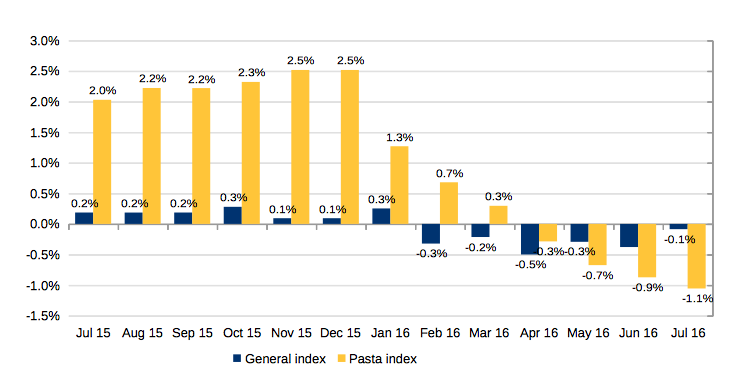